Signs and Types of Cat Aggression 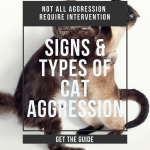 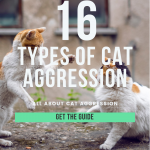 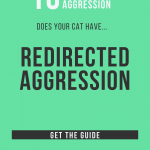 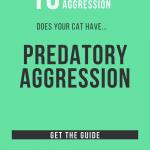 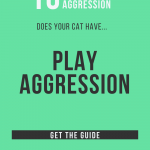 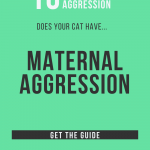 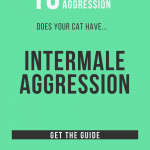 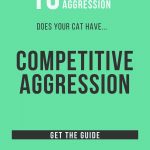 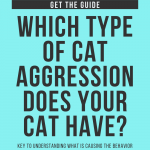 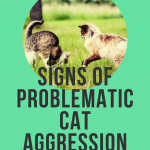 There are several different types of cat aggression, and not all of them require intervention. Some are simply natural responses that can’t be changed, and others are playful, healthy, and harmless daily interactions. However, severe and ongoing aggressive behavior can lead to injuries and emotional stress.

What are the causes of aggression?

Many different factors can contribute to aggressive behavior in cats. Cats in multi-cat homes are especially at risk. When the density of cats is high or there are heterogeneous groups of cats living together in a small area, aggression is even more likely to occur. Determining the cause of cat aggression is a good first step in finding a solution.

What are the signs of aggression?

Signs of problematic aggression include injury, blocking of resources, hissing, growling, threatening postures, and extreme emotional responses. If injury to one or more cats occurs, it is an obvious sign that you have a problem, but other signs of aggression should not be ignored.

When aggression is playful, cats approach each other in a friendly manner, follow predatory sequences like stalking, chasing, and pouncing, and vocalize with short meows and chirrups. Play aggression is healthy and can be allowed to continue as long as no one is getting hurt or showing signs of stress.

Play aggression can become somewhat intense and lead to grabbing, biting, wrestling, and kicking. When play aggression becomes too extreme, one of the cats will usually let the other one know and retreat from the interaction, although it can lead to problems in some cases.

When one cat inflicts injuries on other cats or on people, you have a more serious problem. Even without injuries, you can tell aggression is no longer playful when one of the cats avoids interacting with others, when the aggressor’s approach is hostile, or when there are indications of negative emotions such as rage or fear.

Non-play aggression can involve offensive or defensive displays. A defensive cat will assume a protective position, crouching, turning away, flattening the ears, raising hackles (the hair on the back, neck, and tail), and tucking the head. The vocalizations typical of defensive aggression are growls and hisses.

Offensive aggression is characterized by a threatening and intimidating posture. The legs and tail of an offensive cat will stiffen, and he might raise his hackles, arch his back, and fluff his tail in order to appear larger. Staring and moving toward the target are also signs of offensive aggression. Common offensive vocalizations are long meows and growls. Despotic cats display offensive aggression towards multiple cats in a home.

Other types of cat aggression

In most species, each individual has a certain rank and behaves according to this hierarchy. In cats, dominance works differently. In a multi-cat household, one cat usually takes on the highest rank, and the other cats share a middle space. The lowest ranking cat is known as the pariah cat.

Because the middle-level cats are essentially all of equal status, constant competition for resources can develop. As the cats negotiate who gets access to resources, they might resort to aggression to decide. This might seem like one cat is bullying another.

Although it seems contradictory, fear can trigger aggression in cats. A fearful cat might display signs of defensive aggression that can trigger an offensive response in other cats. A cat that is cornered and cannot find a way to escape is likely to feel trapped and act aggressively out of fear.

By nature, cats try to avoid conflict, but if there is no way out, a cat might attack the aggressor or redirect aggression against another target.

Maternal aggression is also hormonally induced. Mother cats with kittens are naturally protective of their young, and in some cases, they will act aggressively in order to defend them. These instincts are strongest during the first weeks and gradually diminish over time. The distressed cries of kittens can trigger concern in mother cats even if they are not related.

Aggression can be caused by discomfort and irritability, so if a cat has a medical condition or illness that causes pain, she might exhibit aggressive behavior. Diagnosing and treating the illness interrupts the triggers for the aggression.

Hyper and hypothyroid conditions can lead to aggression in older cats. Osteoarthritis, dental disease, abscesses, and liver disease also can cause aggression. Rabies-induced aggression is the most concerning type of medical aggression. Cats with rabies become agitated, nervous, and vicious as the disease progresses.

A cat might also lash out in anger when pain is inflicted either accidentally or intentionally. For example, if a child pulls a cat’s tail or fur, the cat might respond in a disproportionate way and inflict injury on the child or another target. The same might happen if you accidentally step on a cat, close a door on her, or inadvertently pull on her fur during a grooming session.

Play aggression, sometimes called play fighting, happens when kittens or cats interact on equal terms in a playfully aggressive way. Why cats engage in this behavior is not fully understood. Possibly, it serves as practice for future needs, helps cats strengthen their muscles, and develops their coordination.

In the case of kittens, this play can get rougher over time. When other kittens or cats are not available for play, owners can become targets of aggression. When play aggression becomes too extreme, it should be refocused on another target such as a toy or another cat of the same size and age.

Hunting is triggered by the sight and sound of moving prey. Cats that live in the wild release their pent-up energy by engaging in predatory behavior. Cats who live indoors and don’t have opportunities to hunt might become more sensitive to movements and sounds that trigger predatory behavior. Even a slight movement or noise can trigger an attack.

A cat’s aggression is usually directed at the source causing the distress. However, when cats can’t get to the source of their fear, they often redirect their aggression to another target. For example, if a cat sees other cats roaming outside, she might act out aggressively towards another cat in the household or even the owner.

Stressful events, such as loud noises, visits from strangers, or interactions with neighborhood cats can trigger aggressive responses that might be redirected. Unfortunately, once this occurs, an association that is hard to break is made between the victim and the stressful event. The victim reminds the aggressor of the unpleasant event and triggers an aggressive response.

Another example of redirected aggression can occur when a resident cat returns home from a veterinary appointment or a hospital stay. The returning cat’s fearful behavior can cause aggression in the other cats. They might not recognize the returning cat and act out aggressively in response.

Aggressive behaviors that occur during mating are natural hormonal responses. It is normal for female cats to turn on and swat at a male cat as he dismounts. If you try to intervene during mating, a female cat might become aggressive. Some male cats are excessively rough when gripping the neck of a female cat and might even injure her by breaking her skin.

Protecting territory from intruders is an instinctive behavior in cats that can trigger aggression when new cats or people enter a home. A guest or the addition of a new cat or family member can trigger territorial aggression. Territorial cats might respond to a new cat in the home in a variety of ways.

Feline asocial (retaliatory) aggression can result from the introduction of a new cat into the household. An asocial cat might see a new cat as an intruder and try to drive her away by acting aggressively. This behavior is more common in older cats and is similar to territorial aggression.

Aggression can also be a learned behavior. If a cat discovers that acting out aggressively is a way to get attention and will lead to the desired result, the objectionable behavior is reinforced and will continue until the pattern is disrupted.

Pariah aggression, like defensive aggression, occurs when the lowest ranking member of a group of cats adopts a defensive posture that involves crouching, flattening her ears, hissing, and staring. This is the pariah cat’s way of telling other cats to leave her alone and back off.

There are many different terms used to describe the types of aggression that occur in cats. Many aggressions are normal and healthy feline behaviors. Aggression becomes a problem in cases when injuries and emotional distress occur. Once you understand the signs and types of cat aggression, you are one step closer to providing a safe and healthy living environment for you and your cats.