Why Does My Cat Scratch Me When I Carry Her 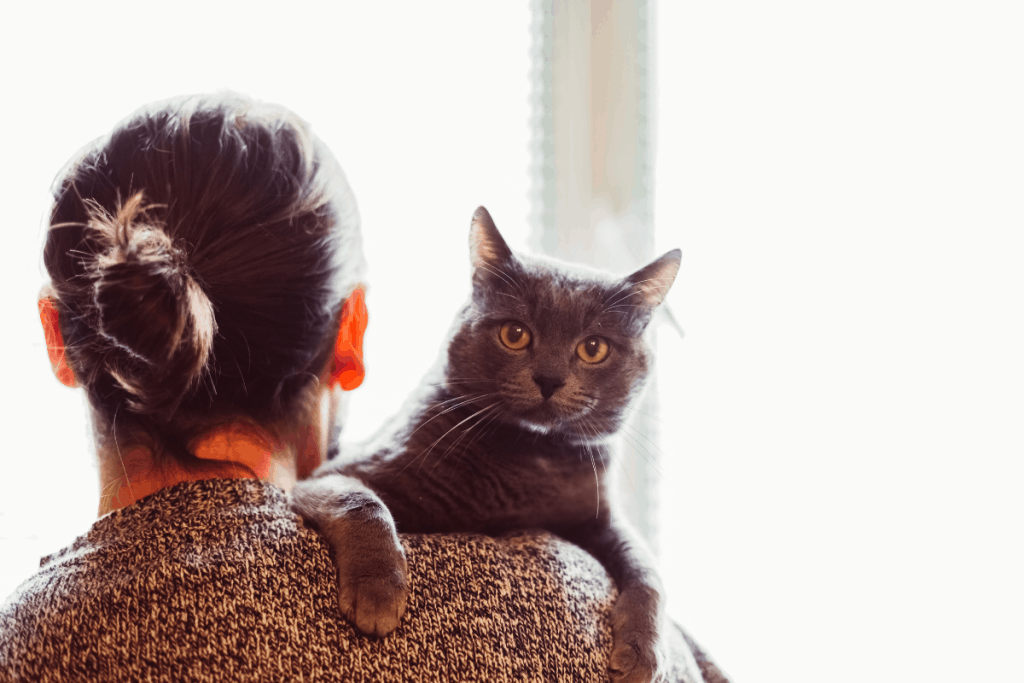 TL;DR: Few cats truly enjoy being picked up and carried because it means giving up their control, freedom, and ability to escape potential threats. While most will tolerate it up to a certain point, some cats react in aggressive ways. The answer to why does my cat scratch me when I carry her can usually be found by looking at her background and previous experiences. Fear of being trapped, negative associations, illness or injury, and instinct are some common causes.

While some cats love to be held and cuddled, most do not. Many cats will tolerate being picked up and carried even if they don’t love it, but only by people whom they trust. Other cats don’t like to be picked up and held by anyone at all, even their owners who take care of them. As much as we might be tempted to pick them up and give them a hug anyway, it is not a great idea, and it might not end well for you and your cat.

Most cats who don’t like to be picked up will let you know by squirming or meowing. One feral cat that I took care of would turn into a limp noodle when I lifted her up, while another one simply squirmed so much I could not hold him. However, some cats might scratch or bite you when you pick them up. If you are wondering “why does my cat scratch me when I carry her”, the most likely reason is that she is not comfortable being held and is trying to signal you to put her down.

Of course, there are times when it might be necessary to pick up your cat. If she needs to go to the vet and she won’t voluntarily go into her carrier, you might need to lift her to get her inside. If she gets outside or into an unsafe area of your home, you will need to be able to pick her up. For these reasons, it might be a good idea to try to get her used to the idea of being picked up and carried.

There are a few ways to go about getting a cat used to being held. You will want to approach her calmly and let her sniff your hand. If she is calm and relaxed, you can then make an attempt to pick her up. Lift her gently and hold her close to you but loosely so she can move. If she shows any signs of fear or discomfort, put her down gently. If you are gentle and patient, she hopefully will learn that you don’t intend to harm her in any way.

Why does my cat scratch me when I pick her up ?

There are many reasons why a cat might not like to be picked up. For starters, she might be scared of losing control over her actions and not being able to escape and hide if she is threatened. As all cat owners know, cats are independent and have a mind of their own. They like to be in charge of where they go and when. If you pick up your cat and carry her around, she might feel like she has relinquished some of her freedom.

Cats are also instinctively very sensitive to being trapped. A cat’s natural inclination when feeling threatened or fearful is to run and hide. However, if she can’t get away because escape routes are blocked or she has been picked up and held, she might become aggressive and scratch or bite you out of self-defense. Cats who were once feral and have not had enough socialization at a young age are especially wary of being trapped.

To know if fear is the cause of the scratching behavior, there are a few signs to look out for. Dilated pupils and flattened ears are some visible signs of fear. Grunting, snorting, growling, and sometimes screaming are verbal cues that your cat feels fearful and distressed. Cats who are fearful and anxious can be treated with behavior modification programs and desensitization.

It is also possible that your cat has negative associations with being picked up. Perhaps she thinks that being picked up means you will bring her to the vet or groomer. She might also have had a negative experience with a previous owner or an individual who abused her. It might be possible to retrain her by holding her for short periods of time while giving her positive reinforcement such as treats and praise.

Another thing to keep in mind is that being picked up and carried is not a positive experience for cats in nature. It is not a natural way for cats to interact with each other. In fact, the only time a cat would be carried in a natural setting would be by a predator. There are many predators that might prey on cats including coyotes, wolves, and even dogs, so this fear should not be taken lightly.

Finally, your cat might scratch you when you carry her because she has a medical condition or injury. If your cat used to enjoy being held and suddenly starts reacting negatively, you should be sure to check for injuries and illness. Some common physical problems that cause aggression in cats are hyperthyroidism, arthritis, cysts, seizures, and liver dysfunction. If you suspect a health problem, you should have your cat checked out by a veterinarian.

If your cat doesn’t like to be picked up and carried, you might be able to gain her trust and change her mind about it. However, some cats just prefer to keep their feet on the ground and to move around on their own terms. If you have such a cat, it is best to respect her wishes and avoid picking her up unless it is necessary. Otherwise, you might end up causing stress for both you and your feline companion.